*This game contains explicit sex scenes, sexual situations, a lot of very bad sexual puns, and just sex in general. There is also: transformation, domination, oral/anal, M/M, spanking, growth, slight tentacle stuff, and much more. Please be advised that the game also may contain intense scenes and as such may be disturbing to those with past trauma.

This game is being developed for the StrawberryJam2 and will be submitted at the end of February. Might receive additional updates at a later notice!

Final version for the jam is up! Play through a dungeon where the more pent up you are the more exciting (and lewd!) the encounters get.

3 playable characters all with different endings for the game!

When the game starts you will need to click on the left-hand panel that says "play in-browser" to start the game. There is also a link to the source text if anyone is interested in working with Inform 7 and wants to see how I programmed the game.

This is a game built in Inform 7, which is a text-adventure game engine. You'll need to type in some commands to move around and interact with things in the game. some handy commands are:

restart=will start the game over

attack=attack something. One of the primary way to interact with something

take - to take something. The other primary way to interact with something

If you're stuck try taking or attacking something in the room.

examine=look at something more closely

Since this has been a point of confusion for some players, you only need 3 keys total to enter the final boss's door. And to do so you must attack the door.

Added a map to the screenshots on this page to help people who might want a visual aid.

Update1.0 includes some door fixes that were pointed out that had the potential to break the game.

Thank you to everyone for all the feedback so far!

After getting the path to cross the slime pit,, I can't seem to actually CROSS it, as the path does not become something interactive. Loved the rest of the game, though!

When playing in browser load is not a recognised command.

>load
That's not a verb I recognise.

>"load"
That's not a verb I recognise.

Current bugs I am aware of and am trying to fix asap:

going south in the room titled " first room" has the potential to break the game.

The Room of Armour lists south as a viable exit when it leads to nothing.

These issues should now be resolved!

I've been having problems asking Salinda for the potion key. ASK and TALK don't seem to do much.

yeah you just need 3 of any key to get past the final door. Hope you got to the end and thanks for playing!

ah that's my bad! Yeah most of the actions that can be performed on characters are either take, examine, or attack. I didn't program in a talk or ask command. Sorry for the confusion! 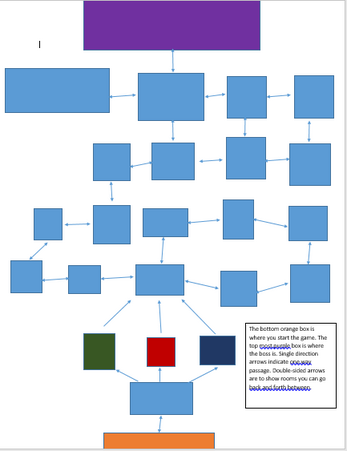